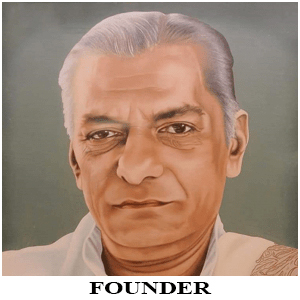 Rover/Ranger is the higher wing of Bharat Scout and guide. This is a youth movement The Bharat Scouts & Guides is a voluntary, Non-Political, Educational Movement for young people , open to all without distinction of origin, race or creed, in accordance with the purpose, principles and method conceived by the founder Lord-Baden Powell in 1907. The purpose of the movement is to contribute to the development of the young people in achieving their full physical, intellectual, social and spiritual potentials as individuals, as responsible citizens and as member of the local, national and international committees. Rovers/Rangers will get varied opportunities to develop individually and also develop in group. This will help you to lead a happy life. Its programmes are very helpful in disaster management. The movement has power to change the attitude of our youth and ability to make them able to handle every kind of situations. The Rovers wing was formed in our college with Sri S.K.Veeresh, Department of Kannada, heading the unit. He was provided 9 days training at Kondaji in Davangere, Karnataka.

There is a lot of selfishness in man’s life, but some fine minds have managed to break out of the shackles of selfishness and have made ‘service to mankind’ their motto. To instill this sense of service in young and impressionable minds, ‘Rovers Crew’ a wing of Bharath Scouts and Guides was started in our college for the first time at the college level in this district. It was a team of 24 students and was called crew, later on it was named “PES Mandya Rovers crew” with service being there motto.

There are three age groups in Bharath Scouts and Guides, and ‘Rovers’ is one of them.

In the academic year 2012-13, I, S.K. Veeresha, Assistant Profesor of Kannada department attended a training programme at kondajji, Davanagere District, using the training and information gathered there we started a Rovers unit in our college.

At first, a team of 24 students was formed, due to increased intrest and enthufication inj students. 12 more students were admitted to the team. The team was divided into 4 groups, and were called “Lal Bahadur Shastri Patrol, Sangolli Rayanna Patrol and Subhas Chandra Bose Patrol,” the additional group was called “Bhagat Singh Patrol”.

Mr. Sammul Satya Kumar, District Commissioner of Scouts and Scouts leader, Mr. K Jayashankar came to our college as Resource Persons and gave Necessary information about the Organisation week-end classes were conducted every week, and there would be a ‘flag hoisting Ceremony’ on the last weekend of every month.